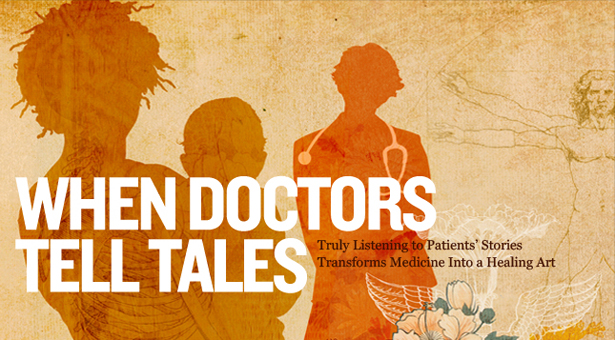 "I could feel myself getting angry," the pediatric resident said.

"It was late on a busy afternoon in the clinic, and I entered the examination room to find a young, impatient mother busily texting away on her cell phone.

"It had been nine months since the mom brought her baby in to the clinic, and the infant was behind on all her shots. The baby had an ear infection and was miserable, but the mom made no attempt to calm her, help with the exam, or focus on what was happening. Instead, she said she needed to move on to another appointment."

The doctor-in-training who later told me this story then made a crucial choice. Just as she was about to express her anger with the mother, she stopped, took a breath, and asked the young woman how she was doing.

That's when she found out that the mother's husband was in jail, forcing her to quit her job to care for the kids. She hadn't brought the baby in because she'd lost her health insurance and her car, and the appointment she had to get to was with her husband before visiting hours ended at the prison.

"Until then," said the resident, "I hadn't stopped to consider the story behind her attitude. That made all the difference in how I listened to her, what we then talked about, and what I responded to as a doctor. And maybe it helped the mom, too, just saying aloud what she saw as the real problem."

This resident may not have recognized it at the time, but she'd given me a gift. Tales like hers — painful glimpses of the mystery beneath our medical problem-solving — nourish my battered hope in medicine as a healing art.

I've been a pediatrician more than 20 years, time enough to learn that, to the degree the medical profession remains an art, it's a narrative one. The form is simple and traditional. After speaking with the patient, examining him or her and perhaps ordering initial lab work, a doctor presents the case to colleagues in a formulaic tale: the history and physical, often referred to as the "H and P." The narrative is constructed by the physician to make sense out of a patient's experience.

"A doctor in training, anxious to prove herself or himself, can't help but view the patient's story as ore from which to refine a diagnosis. With experience, however, the doctor may learn to listen for more."

The particular way we seek out patients' stories is rooted in medical tradition: We ask questions in search of the telling detail. A patient's complaints of nausea and vomiting prompt further questions about diet, travel, contacts, and medications; descriptions of overwhelming flank pain suggest kidney stones. Likewise, we read the signs of the body in practices such as the abdominal examination. Jaundice, an enlarged liver, and a fluid-filled belly tell of liver failure, leading to the next question, "From what?"

The practice of diagnosis — of rightly naming the patient's condition from among many alternatives — begins with the patient's story but doesn't end there. The doctor combines it with physical findings and lab data to fashion a new tale.

Medical training emphasizes the utilitarian aspect of a patient's story: the "history" upon which doctors impose useable significance. But much may be lost in rushing to a conclusion.

This hurried way of hearing and using stories is keenest among new physicians. A doctor in training, anxious to prove herself or himself, can't help but view the patient's story as ore from which to refine a diagnosis. With experience, however, the doctor may learn to listen for more.

"At the downtown clinic," another medical resident told me, "I saw a 3-month-old in for her first visit, behind on all her care. The mom looked real young — I forget how old she was — and she had four other kids at home. She worked the third shift and looked absolutely exhausted. She was grateful for any help she got with the children, and most of that came from her mother.

"After examining the baby, I asked her, 'If there's one thing in the world we could do right now to help you with your baby, what would it be?'

"Right away, she said, 'I need some diapers.'

"I asked if there was anything else she needed: money, vouchers, a ride home. But all she wanted were diapers, and she was incredibly grateful when we handed her a whole bagful. I've been trained in all this high-powered medical care, and all she really wanted from me were diapers."

"I suspect there are some things, such as compassion, that cannot be taught in the classroom but only learned by example. Telling a resident, 'Listen to the patient,' only goes so far. Better still is the tacit example of an experienced physician offering full attention, a lesson that tutors the heart more than the mind."

Another story, another gift. There are many things in my flawed profession I could do without, but I never tire of families telling their stories. Doctors hold these in confidence, though they may affect us in ways we're unable to voice, not even, perhaps, in prayer. Sometimes, hearing about a baby's inconsolable crying or a teenager's disastrous choices, I catch a glimpse into someone's soul — or the soul of a place and its people.

This is one of the privileges of being a physician: People I barely know approach me and, with minimal prompting, expose intimate secrets. If I truly listen, they may reveal more than they imagine or wish. Such moments are, for me, charged with grace. It feels like confession: one person telling another, "I, too, am broken and want to be healed. Hear me. Help me."

Often, the patient's self-revelation — and reassurance that they've been heard — marks the start of healing. But they all come to tell a story, one I refashion from their words into new tales: usually practical (a 3-year-old with pneumonia should get better with antibiotics …), though sometimes cautionary (… but he didn't improve because I failed to ask if his mother had money and transportation to the pharmacy).

What I don't do is merely regurgitate physical findings and laboratory data on the page. While important, they're not the story itself. When a colleague tells me about an infant admitted to the hospital with diarrhea and dehydration, I listen carefully for details in the physical exam — alertness, skin turgor, and vital signs — and an array of lab numbers. Each of these particulars helps bring the story alive. Without the larger story, though, details become little more than a list, information without context. In the end, doctors make medical decisions from particulars embedded in stories.

I hope our residents learn ways to better attend to the personal story beyond the medical one, like the events behind a mother's attitude or an unspoken need for diapers. Not every doctor does this well. Some, I fear, never will. I suspect there are some things, such as compassion, that cannot be taught in the classroom but only learned by example. Telling a resident, "Listen to the patient," only goes so far. Better still is the tacit example of an experienced physician offering full attention, a lesson that tutors the heart more than the mind.

In the wake of his son's death, theologian Nicholas Wolterstorff wrote a collection of poignant reflections, Lament for a Son. Wolterstorff had suffered mightily from well-intentioned consolers offering glib pieties, psychological evasions, and "the heavy hand of rationality," none of which wrestles with the mystery of death and grief.

His powerful response confirms my conviction that real presence, quiet touch, and psalms of lament are often truer gospel witnesses than bold talk. In pondering the human inability to adequately convey shared grief through words, Wolterstorff advises, "Your words don't have to be wise. The heart that speaks is heard more than the words spoken." Yet the words, too, are heard. There's room for both.

What troubles most doctors about listening simultaneously to the patient's words and the heart that speaks those words, I suppose, is that attentiveness requires closeness, a vulnerability often leading to frustration and unanswerable questions. Such risks require an act of faith, trusting at least as much in the healing relationship as in technological solutions. It's safer, by far, to hear and tell stories from an emotional distance. It's safer to view them as utilitarian narratives from which to mine diagnostic details. But this relegates the patient's narrative — and by extension, the patient — to a tidy list of medical conditions, mistaking the patient's situation for the patient as a human being.

I've gone that route myself more often than I care to admit. It's difficult sitting in a small room, face to face, exposing my heart to stories of pain. Still, when I find myself glancing at my watch or withdrawing emotionally as a mother launches into yet another tangential tale of woe, I sometimes remember Wolterstorff's rejoinder to well-intentioned comforters, acquaintances, and professional caregivers who stood at a distance from his grief, dispensing advice:

There are worse places for a doctor to sit. 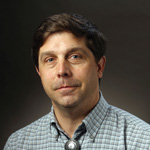 Brian Volck is a pediatrician at Cincinnati Children's Hospital Medical Center and co-author of Reclaiming the Body: Christians and the Faithful Use of Modern Medicine. His writing has appeared in both medical and literary journals, and he is currently researching a book on the intersection of history, culture, and health among the Navajo people. He earned an M.F.A. in creative writing from Seattle Pacific University in 2007.