Films About the Future That We Need Today 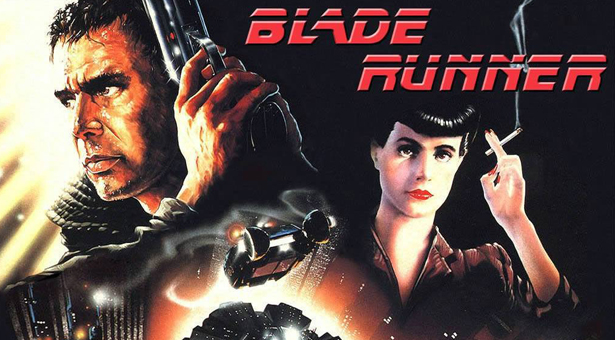 From Metropolis to Minority Report, from 2001: A Space Odyssey to A.I. Artificial Intelligence, futuristic movies have shown us a wide range of possible futures.

And yet almost all time-traveling movies share a common purpose: to caution us that science, technology, and “progress” are as likely to bring out the worst in us as they are to improve our lives. Even forward-thinking comedies like Woody Allen’s Sleeper and WALL-E win laughs by showing us the troubles we’re preparing for ourselves.

Here are a few films to consider:

Fifty years old and only 30 minutes long, La Jetée is a one-of-a-kind experience. Its hypnotic power comes from its structure: a slideshow of striking black and white photographs. The pictures tell a story of world after a nuclear holocaust, in which desperate people turn to time-travel for salvation. But their definition of redemption may differ from that of the agent they send back through time.

La Jetée warns us against the dangers of nostalgia, even as it suggests that memory can help us understand what matters most. One breathtaking instant, in which the film suddenly “comes to life,” will haunt you long after you’ve seen it. It’s become an influential classic: Terry Gilliam’s Twelve Monkeys was a feature-length elaboration.

Breakthroughs in genetic manipulation are inspiring a storm of debate. Should we “improve” unborn children? How should we define “perfection”? Is human perfection related to physical superiority, or is it about how the human spirit responds to challenges? Gattaca weighs the consequences of judging some human beings as “substandard” and favoring those who fit our flawed ideals.

This film is based on a beautiful novel by Kazuo Ishiguro. It imagines a future in which a cloistered community is exploited so that other human beings can live longer lives. As three characters rebel to learn the truth about the world beyond their walls, we’re given chilling reminders of present-day injustices that stain the conscience of our consumer culture, and a picture of where science could take us if we harden our hearts.

Time of the Wolf was filmed before Cormac McCarthy published his celebrated, apocalyptic novel The Road. But the two stories overlap in many ways.

Filmmaker Michael Haneke is famous for depicting humankind’s capacity for cruelty. Here, he tells the story of a family that, fleeing the aftermath of a world-changing cataclysm, seeks refuge in a growing community of multicultural refugees.

The film may provoke you to consider the source of your security. Can humanity save itself? Or should we hope for a savior to emerge from realms of mystery and myth?

A recent news story informed us that scientists are learning how to capture the images we “see” in our dreams.

It’s a fulfillment of the prophecy in Wim Wenders’ science-fiction epic Until the End of the World. It tells the story of a genius who invents technology that will help the blind to see. But when others begin to use it to record and play back their own dreams, the dream-casts turn out to be addictive, causing self-absorption and madness.

While the film is long and uneven, its warnings about modern media are clear: Our increasing ability to “make dreams come true” with technology could amount to our own undoing.

The Truman Show may not seem so futuristic anymore. This is the era of “reality shows” — scripted programs loaded with product placement that pretend to represent “real life.” Peter Weir’s movie proposed a television show in which Truman (“true man”?) is growing up in a false world, the oblivious star of a globally popular program.

Manipulated by advertising, deceived by actors and liars, directed by a producer with a god complex — a man named Christof (Christ-off?) —Truman longs for love and freedom. Anyone who has ever felt tired of advertising will relate to his inspiring quest.

Ridley Scott’s Blade Runner may not be as unknown as the other films on this list. But it deserves to be revisited anyway.

In it, a group of androids come to the polluted, crime-fraught Los Angeles to find their maker and protest their “expiration dates.” Their pursuer, a policeman, is governed by fear and questions about his purpose.

Before the film’s violent conclusion, it asks compelling questions: What happens when longevity becomes our priority, rather than love? What makes human beings something more than mere machines? The answer comes from an unlikely figure, whose last-minute discovery of grace gives him a taste of consolation.

The film exists in several editions. “The Director’s Cut” and “The Final Cut” both available on DVD and Blu-ray, both improved on the original.

What are your favorite futuristic films?

Tell us about them here in this moderated board. And see what others recommend.