Watch the trailer for Closure

and learn more about this award-winning documentary. 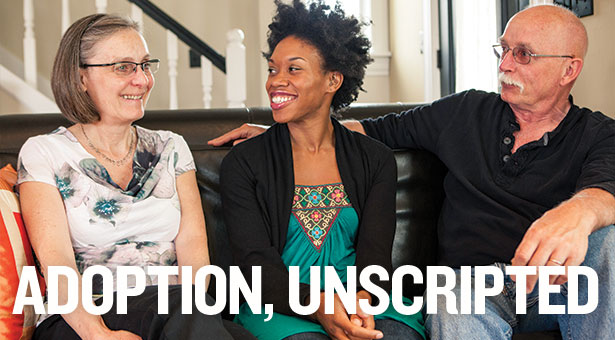 The subject of a new documentary about her search for — and reconciliation with — her birth parents, alumna Angela Tucker now seeks to help others find their place in the world.

Ask about “Sandy the Flower Man” in Chattanooga, Tennessee, and the citizens will tell you stories. He’s a lively and well-loved local who bicycles up and down Main Street, giving flowers to women and smiles to everybody.

But when Angela Burt Tucker ’08 found his Facebook page in 2010, she knew she was looking at more than a friendly stranger. He had her smile. And what’s more, his real name matched that of her birth father: Oterious Bell.

Angela had found the first big piece of a puzzle she’d hoped to put together since childhood.

As Angela looked into this mystery, somebody else was looking at her through a camera: her husband, Bryan Tucker ’08. Bryan was making home movies, intrigued by what was unfolding. But what happened next would persuade him to make a documentary called Closure, detailing how Angela’s decision to find her birth parents led to a surprising reconciliation. 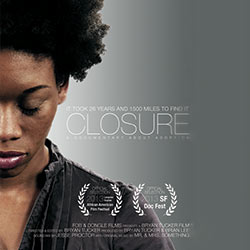 The poster for Closure, shown at two film festivals so far.

More than a movie has come from the experience. Angela’s story has also shaped her career journey, including work at an adoption agency, where she advised and equipped those seeking to adopt.

Born in Chattanooga, Tennessee, Angela was adopted as a 1-year-old by David and Teresa Burt in Bellingham, Washington. Eventually, this Caucasian couple would adopt seven of their eight children, drawing together a family of diverse ethnicity.

She wanted to understand her ethnic background and also her personality and character traits. Did she inherit her athletic skill? Who did she look like — birth mom or birth dad? At 12, she began expressing interest in finding her birth parents. But family members flinched at the thought they might be replaced. In the documentary, Teresa Burt talks about her fears.

“When they were young, I did worry about that,” she admits. “I wasn’t sure I could handle that … as a mom. Because they were my kids. I was their mom. … I think when she got into her 20s, I realized that it wasn’t going to change — my status as the mom — if she found her birth mother.” And Teresa became curious about Angela’s origins, too.

“On my part,” says Angela, “there was a need to explain what my motives were — not to replace anyone, but simply to figure out who I am. What are my roots? How did I get from Tennessee to Washington — and why?” 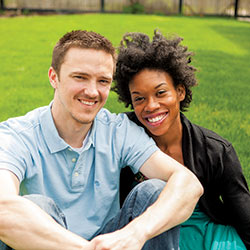 The search began with a name: Deborah. (The last name had been inked out on the adoption papers.) They knew Deborah had kept Angela’s birth a secret from her family, including her own children. To seek her out would be a risky affair. When first attempts fell short, Bryan suggested they look for her birth father: Oterious. How many men in Chattanooga could have that name?

Her determination was fierce. But then, Angela knows a thing or two about overcoming odds. When she was born, doctors were concerned about her condition; they wondered if she would ever walk. With help, she proved them wrong, eventually playing basketball at the high school and college level.

The journey of questions became a journey across the country, which would bring Angela not only to Oterious “Sandy” Bell, but to Deborah herself. When Deborah denied any connection to Angela, it was a devastating blow. But it wasn’t the end of the story.

At the first public screening of Closure, the audience at Seattle’s Langston Hughes African American Film Festival watched Deborah’s resistance slowly give way to acceptance and embrace. Some cheered, and some wept for joy. After the film, Angela and Bryan answered audience questions about adoption and about making a movie about life as it happens.

It was a challenge, Bryan says, to bring critical and artistic considerations to such a personal story. “I’m editing the film, and I’m crying because I remember those moments,” he says, “But I have to get back into things like, ‘That cut doesn’t make sense,’ or ‘I need to change that color.’”

Smiling, he adds, “Be careful about doing a documentary on your wife. There are eggshells involved.”

Bryan met Angela while they were living in Seattle Pacific’s Wesley Apartments, and they played one-on-one basketball together. “Tough basketball too,” says Bryan. “She’s really good.”

During one of those games, Bryan leapt up to block one of Angela’s shots. “He didn’t treat me like a girl,” she says. “That’s pretty much when I realized I was interested in him.”

At SPU, Angela heard friends talk about an eagerness to travel overseas and help children in orphanages. But her own sense of mission was forming. “I want to help people to realize that there are orphaned children right here within our country, within our state, within our Queen Anne neighborhood,” she says. “It’s just that these orphanages are called foster homes.”

In recent years, Angela has served as a domestic adoption specialist at Bethany Christian Services, an agency that facilitates both domestic and international adoptions. She has often heard white couples who come to Bethany and say, “I don’t see color. I want to adopt anyone.”

“It is wonderful to ‘not see color,’ and to want to adopt any race,” she says. “But there is a difference in parenting a child from another race. … If you aren’t Caucasian, then you do see color. You have to. You can feel it.”

Her work at Bethany has been daily informed by what she learned when she was a psychology major in SPU’s School of Psychology, Family, and Community. 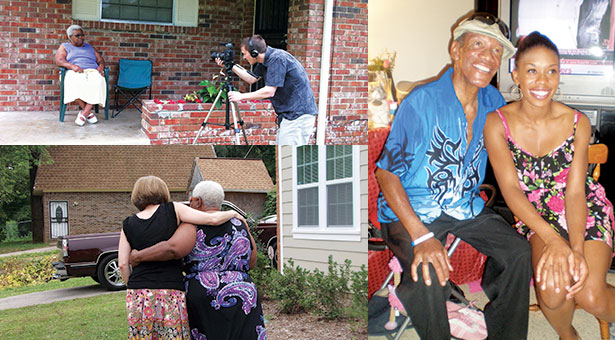 “It instilled in me an attitude of humility and a genuine openness towards accepting and understanding complex situations from a Christian perspective,” she says.

Several SPU students have come to Bethany for “job-shadowing” or internships. As one of those interns, Charis Chinn ’12 accompanied Angela to visit couples who were interested in adoption, others who had recently adopted, and a high school psychology class.

“James 1:27 commands us to care for widows and orphans, but we often overlook these populations within our own community,” says Chinn. “Not Angela! Her quest to find her birth family shows that reconciliation is possible, even among the deepest of hurts.”

Closure offers vivid evidence of God’s grace for Angela, Bryan, and families on both sides of the country.

“I’m never moved by documentaries or media in which Christian faith gets shoved at us,” says Bryan. “But when I watch Angela’s birth mom with all of us at the adoption agency in Chattanooga, talking for the first time ever about the pain she was going through when she had Angela — it’s so redemptive. That’s God’s story right there.”

And Angela’s part in God’s story is not over yet. On June 24, 2013, Angela began a new job as the disability support services coordinator at SPU’s Center for Learning. Once again, she’ll be transforming wisdom born of hardship into help for those who seek to find their places in this world. In Angela’s mind, no matter who she’s serving — they’re family.