We want to hear your answers! Tell other Response readers your health secrets.

The Question Insights From Response Readers

What scientific discovery do you most hope for?

Every day we hear of new discoveries in the sciences: distant planets, new medical therapies, new understandings of how our brains work. Yet there are even more discoveries we hope for that have the potential to be truly world-changing. For the Winter 2012 issue, we asked you to tell us what discoveries you most hope will happen in your lifetime. 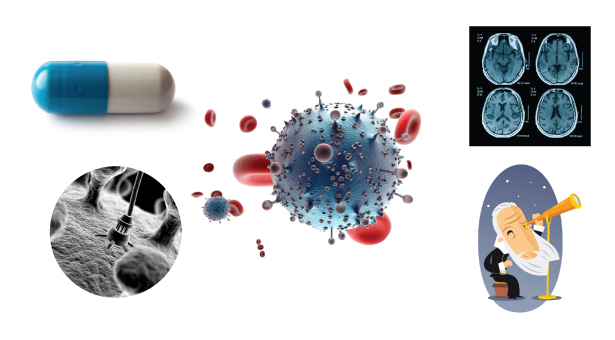 Here's what you said:

I hope that I will see the integration of neuroscience and technology that will lead to many beneficial uses in mental health, general learning, and physiological breakthroughs. I would like to believe that we will be able to understand the relationship between the brain and our bodies better as well as to develop therapies and treatments with more successful outcomes if we are able to interpret and, in turn, manipulate the brain’s communication pathways through technology.

I would love to see the discovery of life outside our planet. Even if it’s just evidence of past life, such a finding would suggest that the universe is teeming with life and this will have a monumental impact in a wide range of areas (including theology).

Nanotechnology, on a grand scale. We currently have nano devices, but they are immature, simple, and very few of them make a difference to the world. I’d like to see nanotechnology cracked such that millions of nano devices can serve the human race in areas of health, safety, and even casual concerns, from nano insulin pumps and clotting/repair devices, to color-changing paint.

A cure for HIV and AIDS. I work with children with HIV or AIDS, so this matter is close to my heart. Recent medical innovations now allow people with HIV to live as long as anyone else (with access to drug therapy), but I’d like to be able to promise the kids, teens, and young adults I work with that they not only don’t have to be victims of the social stigma anymore, but they also don’t even have to take medication.

An affordable cancer vaccine. Why? So that not one more person or their family members ever have to go through the suffering and heartbreak handed out by this mostly random killer.

One would be insight into the causes and cures for autoimmune diseases such as multiple sclerosis,
Crohn’s disease, and arthritis. Another would be how to regenerate nerve tissue, so that people with
severe spinal cord injuries could be completely restored physically.

I hope we can cure AIDS in my lifetime. My 85-year-old great-uncle is gay, and when AIDS hit his community in the ’80s, he lost a huge percentage of his friends. It breaks my heart that he had to go through the loss of so many friends all at once, though he was not HIVpositive. No one deserves to die from AIDS. I hope we can find a cure soon.

Given the lack of clean drinking water in so many parts of the world, I’d suggest that much more efficient desalinization — perhaps powered by solar energy — could alleviate much suffering of the
world’s poor and perhaps begin to bring political stabilization and prosperity to some war- and drought-torn regions of the world.

A cure for breast cancer. One in eight women will have it during their lifetime. After having gone through treatment, I would be happy if science could find a cure.

We want to hear your answers! Tell other Response readers what scientific discovery you hope for. You can also answer the new question for the Spring 2012 issue.