In Search of Civil Engagement Online 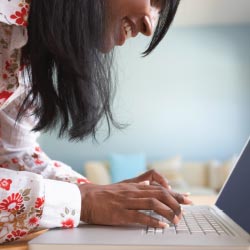 If you've spent time in online spaces, you have no doubt seen or experienced a wide array of uncivil behavior: trolls who purposely post inflammatory comments to antagonize others; cyber-bullies who leverage the power of social media to ridicule and abuse their targets; or those who simply use the shield of anonymity or lack of physical presence to say insensitive things they would not likely have said face-to-face.

Is there something inherent in the design of these online spaces, or the nature of online spaces themselves, that leads us toward this kind of behavior? Is it possible for us to participate in online spaces in ways that foster community and civil discourse instead of thwarting it? Or should Christians avoid online spaces altogether in favor of more “authentic” face-to-face encounters?

These are important questions, as they get to the heart of what technology is and the role it plays in human society. Thankfully, this is not the first time scholars of technology and culture have considered these questions, nor are our current social media the first instances of “online spaces.” The histories of earlier electronic communications media — telegraph, telephone, television, email — have taught us much about how technologies influence culture, and how culture reshapes these technologies in return.

When we look closely at how people adopt new devices, we often see a kind of “technological domestication” occurring. In many ways, new technologies are like untrained puppies; they create chaos and upheaval when first introduced, but their owners typically respond by domesticating them, reshaping them so that they better fit the existing social order. A house with a new dog will never be the same as it once was, but a well-domesticated dog bends as much to its owners as its owners bend to it.

In her book When Religion Meets New Media, Heidi Campbell describes an example of “technological domestication” in the creation of a “Kosher mobile phone” for the ultra-orthodox Jewish community. Rabbinical authorities initially banned mobile phones for fear that the texting and web-browsing capabilities would expose the members of their communities to dangerous secular content. When the mobile networks learned of these bans, they worked with the rabbis to design a phone that they would consider “kosher,” acceptable under religious law.

The result was a phone and corresponding service that was reshaped so that it fit with the community's religious values: Texting, web browsing, and video/voice mail are all disabled on the handset; a special regional dialing code was created; calls to numbers outside that code are charged higher rates, and checked against a blocked list before connecting; and only emergency calls are allowed on the Sabbath.

A more subtle example is chronicled in Claude Fischer's book America Calling: A Social History of the Telephone to 1940. Although we use the telephone today primarily for social interaction, Fischer notes that this kind of use was actively discouraged by the Bell company during its first few decades. In their minds, the telephone was like the telegraph, a serious instrument for serious (read “male”) business use.

But consumers, especially women on rural farms, eagerly adopted the telephone as a mechanism for social interaction when in-person visits weren't practical (which, on remote farmsteads, was often). Social use quickly eclipsed business use, but it wasn't until the late 1920s that Bell's design and marketing began to reflect the way the telephone was actually being used.

So, how should we go about domesticating online spaces to foster civil discourse? My neighborhood blog provides an interesting example. They used to allow anonymous comments on their stories, which were often plagued by an almost trollish insensitivity. After receiving complaints from readers, the blog switched to using Facebook's comments platform, which requires a Facebook account and associates one's name and profile picture with any comments made. Because it is now more difficult to hide behind anonymity, comments since the change have been much more tame and constructive.

We often talk about the deterministic “impacts” of technology upon society, but these cases have shown that consumers often play an active role in shaping what we think a new device actually is, and what it is good for. Although the design and marketing of a new device influences the way we think about it, it doesn't entirely determine how we eventually fit it into our lives. This distinction is an important one: It's the difference between seeing technology as something that happens to us, versus something we can actively engage, reshape, and maybe even redeem.

We have the ability to reshape these devices and systems to better fit our social values — if we remain engaged.

David Stearns is an instructor in SPU's History Department. He writes the blog techsoulculture.org and is the organizer of the Facebook group “The Digital Society: Christians Interested in Technology and Culture.”