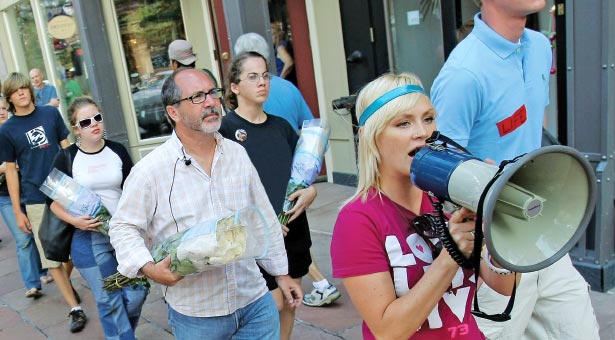 As a political scientist, I find that many people think I am an expert in controversial topics. But controversial issues are everywhere. Do you put marshmallows on sweet potatoes or not? Relationships have been ruined over such trivial questions.

In the past 20 years, our country has become more polarized, and now more than ever we need the skills to remain in dialogue with people who hold beliefs different from ours. I believe the more we can open dialogue between individuals, the better our society will be.

So, how do you keep the conversation going around the dinner table so that people don't want to head for the door?

Here are the techniques I teach to my students when we need to discuss a controversial topic in class, such as racism. I remind them that the goal is to keep the conversation going in a way that doesn't alienate others in the group.

Beginning your sentences with “I feel ...” “I think ...” or “In my opinion ...” encourages conversation. If you begin sentences with “Everybody knows that ...” or “All right-thinking people ...” or “I think that you ...” then you're making an implied assumption about the other person. You've begun to put words in someone else's mouth. Instead, I suggest listening and repeating what the other person is saying. If you say, “I hear you saying ...” then you let other people know how they're coming across.

I explain to students that you can't have a true conversation if you don't let other people finish their thoughts. When you listen, instead of simply planning your next statement, it dignifies the other person. You're saying, “Look, we're two human beings,” and you're showing respect.

To really communicate with others, we need to be able to say things that are hard to say — and for that to work, we need to assume that the other person is not going to twist our words, take them out of context, or repeat them to someone else. We also need to be able to ask difficult questions and to say when we feel hurt by another person's words. It's OK to say, “I am hurt by what you said because I hear it this way ...” If we don't trust each other, we'll be too afraid to remain in dialogue.

4. Assume that all participants are reasonable people.

It is perfectly understandable to say, in your head, “I can't believe that moron thinks that way.” But if you respond that way out loud, you will shut down conversation. Instead, if you assume that the other participants in the conversation are reasonable people, you can begin to understand how they think and feel. Now, of course, you may really want to change their minds. You may even find their views abhorrent. But I suggest to students that to start conversation — or keep it going — they try making the assumption that everyone at the table, no matter how different her or his beliefs, is a reasonable person.

5. Be present in mind, body, and spirit.

If, in a group discussion, you begin a whispered side conversation that the whole group can't hear, your actions can easily be misinterpreted as disrespectful. Body language cues, such as rolling eyes or looking bored, can also show disrespect, even if you don't mean to. I advise being mindful of how you speak to others, not just what words you choose to say. Also be mindful of what you feel and how you think. When you find yourself reacting strongly to someone else's words, pause for a moment to notice your reaction.

In a session at SPU's 2012 Day of Common Learning this past fall, I, along with fellow faculty members Zhiguo Ye, Laura Sweat, and Mikyung Kim, led groups of students in practicing these techniques in discussing political, religious, sociological, and historical controversies. We also asked groups to violate these guidelines when talking about non-controversial subjects (fruits vs. vegetables, or the Pacific vs. the Atlantic Ocean).

Groups that discussed controversies and followed the guidelines found that they wanted to keep talking. But they also found that even the silliest of non-controversies could alienate people when they weren't being treated with respect.

You may not always want to start a controversial discussion. But when those thorny topics come up, these guidelines can help you stay in relationship with people with whom you disagree.

Ruth Ediger is an associate professor of political science and geography at SPU. She developed these discussion guidelines for her classes based on information from Susan Okamoto Lane, director of multi-ethnic programs at SPU.