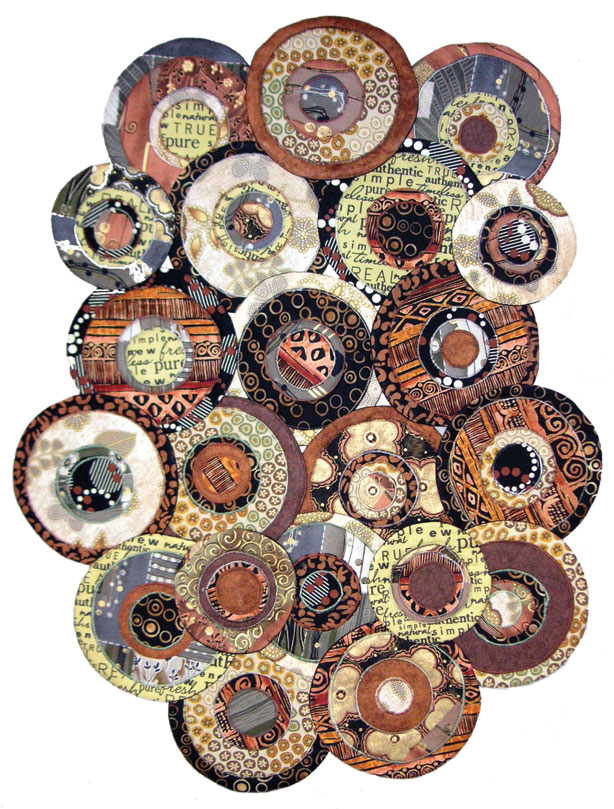 After her Mississippi grandmother died, Gwen Maxwell-Williams '76 received a hand-stitched quilt in a blue-green shoofly pattern. "I slept under it," she says, "but I didn't think about my grandmother's quilting at the time."

After receiving a nursing degree from Seattle Pacific University, Maxwell-Williams pursued significant careers as a hospital administrator and a women's clothing store owner. Eventually, she discovered a passion for quilting.

She became fascinated with African-American quilt culture. "But I wasn't seeing many black women in my quilt classes," she says.

Wanting to bring back the quilting bee, where women networked and supported one another, Maxwell-Williams founded the Pacific Northwest African American Quilters. She calls it "a guild where we create an African medley, mixing up fabrics and recreating shapes."

Now nationally known as a quilt artist and teacher, Maxwell- Williams has been asked to participate in an exhibit that opens in Independence National Historical Park in Philadelphia, Pennsylvania, this November. The exhibit, "The President's House," honors the nine slaves owned by President George Washington while he was in office.

Circles, representing wholeness and community, are a repeated motif in her recent work, including this quilt: "Runaway Circles." "Here, runaway means the pieces are all different, coming together with no strict order," she says. "They're free to define where they needed to go." Much like the pieces of her own life.