A Brief History of Education Reform

The Federal Government's Efforts to Improve Our Schools 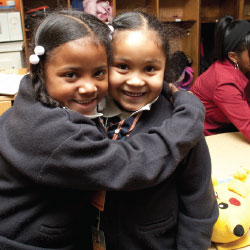 In this election year, K–12 education is somewhere near the top of domestic concerns, apart from the obvious heavyweight issue: the economy. American companies are concerned with the readiness of our high school graduates for college programs that will prepare workers for an increasingly competitive global work environment. Both business and civic leaders also voice concern about an “achievement gap” that disproportionately relegates low-income graduates and children from ethnic minority groups to a life of underemployment or unemployment. These issues are weighty because they involve human lives, but they are certainly not new.

After Russia launched the Sputnik satellite in 1957, concerns about national security spawned intense rhetoric about the quality of American schools. Americans fretted that high school and college graduates lacked mathematical and scientific skills that would help their country compete technologically. Significant federal resources were redirected toward producing more rigorous curricula and better serving gifted students who would bring ideas to help their country thrive.

In 1983, a federal report called “A Nation at Risk” provoked similar passions about the quality of American schools, this time focusing on economic as opposed to military worries, with Japan and Western Europe replacing Russia as our perceived rivals. Sandwiched between these two “educational excellence” campaigns were two decades of civil rights legislation addressing inequality of access to resources and programs across racial, gender, linguistic, socio-economic, and “ability” groups.

Presidents Bill Clinton and George W. Bush attempted to bridge the concerns about both quality and equality in public education through promoting statewide standards and assessments that all children should achieve. Clinton offered model standards that states could voluntarily emulate, since enforcing national standards was constitutionally unfeasible. Bush took standards a step further by tying federal sanctions to the performance of schools and districts on statewide examinations occurring annually in grades 3–8.

Bush's agenda was articulated in his “No Child Left Behind” (NCLB) legislation, which was his administration's re-authorization of Lynden Johnson's Elementary and Secondary Education Act of 1965 (ESEA). Now 10 years old, NCLB will soon be eclipsed by President Barack Obama's version of ESEA if he can pass it through Congress before the November 2012 election, or soon after, if he remains our nation's leader.

Obama's approach to education reform is not entirely different from that of his predecessors. He believes in statewide standards and supports an inter-state movement toward “Common Core Standards” that passes constitutional muster because it originates from states and is voluntary.

Like Bush, Obama wants schools to “disaggregate” their performance data, meaning they cannot only report blanket, schoolwide results, but must also show how distinct populations perform — by ethnicity, first-language, socio-economic status, and special education designation. The argument is that America cannot attack its academic achievement gap without knowing specifically how traditionally underserved populations are performing.

Also like Bush, Obama and Secretary of Education Arne Duncan advocate publicly supported “charter schools.” Indeed, our own state of Washington has been excluded from significant federal “Race to the Top” grant funds due to its refusal (so far) to experiment with charter schools, in contrast to the 42 other states that have done so. Obama's Race to the Top grant competition for states is different from his coming ESEA re-authorization, but it provides strong clues about the direction he's headed.

The federal accountability movement spawned by the publication of “A Nation at Risk” is now close to three decades old. Its signature strategy, statewide curriculum standards — now interstate Common Core Standards — and the corresponding testing regime are alive and well.

While many teachers and parents complain about the pressures these tests place on kids and other important school pursuits such as the arts, our federal leaders prioritize measurable academic growth in core school subjects, especially among populations that have historically lagged behind. Democrats will surely spend more on these efforts than a new Republican administration would in 2013, but their overall goals for education are not very far apart.