For more insights into

good business, visit the Center for Integrity in Business at www.spu.edu/cib to read articles and interviews and to learn about Seattle-area events. Watch Micheal Flaherty's presentations at www.spu.edu/itunes.

Business Another Way of Doing Business

The Business of Transformative Cinema 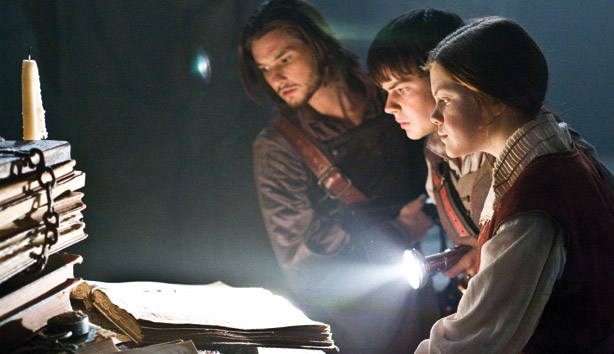 Micheal Flaherty (below) says his company aims "to be faithful to the themes of the book" in a movie such as The Voyage of the Dawn Treader.

Charlotte's Web? Holes? Bridge to Terabithia? Or the one about Aslan and Lucy? Which is your favorite Walden Media movie?

It would make Walden co-founder and president Micheal Flaherty happy if the question were posed differently: What's your favorite book that Walden has adapted into a film?

Walden's latest project is their third adaptation from C.S. Lewis' beloved children's fantasy series. The Chronicles of Narnia: The Voyage of the Dawn Treader opens December 10, 2010. But Seattle Pacific University enjoyed a special on-campus sneak preview in May, when Flaherty brought film footage to preface a Chapel presentation.

Flaherty came to SPU as a guest of the School of Business and Economics' Center for Integrity in Business. At a lunchtime presentation, students, staff, faculty, and community visitors learned about Walden's vision for meaningful, transformative cinema. 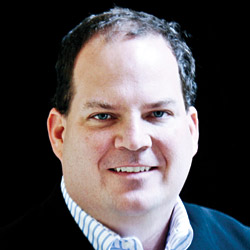 Flaherty, who co-founded the company with his former college roommate, Cary Granat, wanted to make movies about important subjects that would lead young moviegoers to read the books that inspired them.

"It's a key part of the business strategy — we can't divorce the movies from the books," Flaherty says. So to encourage readers to dive into the books, Walden creates lesson plans, inspired by their films, that teachers, librarians, and parents can use.

"A double-bottom-line company" — that's how Flaherty describes Walden's focus on making movies that are both successful and world-changing.

According to Flaherty, Phil Anschutz, the studio's owner, loves Amazing Grace even though that film actually lost money, because it introduced moviegoers to abolitionist William Wilberforce and drew attention to modern-day slavery.

Currently, Walden is contributing to a nationwide discussion about education reform in America with this fall's documentary Waiting for Superman. In December, when moviegoers see a picture of Aslan's love for Eustace in Dawn Treader, Flaherty hopes they will ponder grace, "that last great incorruptible word."

"So much in our Christian vocabulary has been co-opted and used against us," he says. "But that word 'grace' is still beautiful and pure. Forgiveness is going to be the most critical virtue we have in this next century, with the world being in such a great mess."

Calling Seattle Pacific a community of "dynamic, intelligent, young believers," Flaherty expressed hope that they will "solve a lot of the problems we have" and continue doing "the credible work of social justice."

He believes this generation can renew our culture's understanding of Christianity. "I think one of the greatest ways we can do that is through stories," he says.