How to Sing the Blues 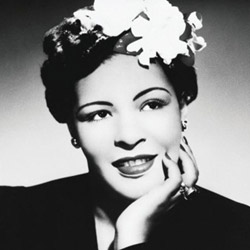 The songwriter and singer Townes Van Zandt once said that there are only two kinds of song: "the blues and 'Zip-a-Dee-Doo-Dah.'"

The weight of the latter we dispense with fairly quickly, since it has never been our nature as human beings to linger on our happiness and satisfactions. The impetus of the former, however, we coddle and nurture; we play our tongues upon it like one gloriously sore and grey tooth in a mouth full of useless gold ones. We are all going to die, after all, and seek to constantly affirm that lonely fact for ourselves and the enjoyment of others — because it feels good, when out on the ledge, to turn and dance upon it, give it our full voice.

Contrary to popular short-hand, I don't think "the blues" to be an expression merely of pain and sorrow, but rather of the shadowy expanse of our entire collective human experience, offered and amplified along a melodic line for easy carrying. The blues are not a mood but a lens through which we might look at anything and everything — even our victories — and thereby see them simultaneously arriving and departing … the approaching parade already gone to torn paper and burst balloons still trailing their string in sad remembrance that our dreams were once round with our breath, and so buoyant that they needed to be tied and held to the ground.

But how do you sing the blues? By simply opening your mouth while awake to the fact that one day it won't any longer. By asking for more love when you know you haven't offered enough of it. By simply intoning the word "forever" with the wink and lilt of a promise, knowing full well there ain't no such a thing.

You won't need to concern yourself with whether or not your vocal inflection glances off the word like the long-gone Billie Holiday's still does in the eternal ether, or whether your growl carries the carnal implications of a Howlin' Wolf, or whether, like Robert Johnson's, there is a death-defiant glint of a smile and sun underscoring even your darkest predictions of judgment.

The impulse to sing is already evidence of a desire to live and love in the face of certain loss. And as such — with Mr. Bluebird on your shoulder and as your witness — even "my, oh my, what a wonderful day" will have a cry within it.

Joe Henry, who has earned critical acclaim and three Grammy awards as both a producer and a recording artist, is releasing his new album, Reverie (Anti-, 2011), an all-acoustic collection — in October. His last four albums — Blood From Stars (2009), Civilians (2007), Tiny Voices (2003), and Scar (2001) — have earned raves for their poetic lyrics and their engaging fusion of rock, folk, jazz, and blues.

In recent years, Henry has produced celebrated albums for many accomplished artists including Over the Rhine, Elvis Costello, Aimee Mann, and New Orleans jazz legend Allen Toussaint. He also produced Let Them Talk, the debut album by Hugh Laurie, the star of television's House, which is out this month. He lives in Los Angeles with his wife, son, and daughter.