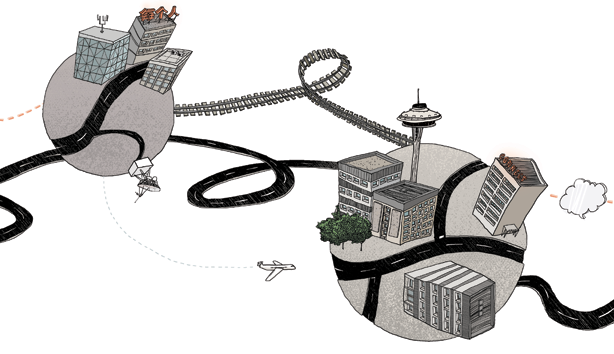 Timothy Keller usually addresses the congregation of New York City’s Redeemer Presbyterian Church, where he is senior pastor. But his views have earned him a worldwide audience through podcasts, videos, and books, including The Prodigal God, Generous Justice, and The Reason for God. In October 2010, he spoke to an audience of ministry leaders from more than 200 nations gathered in Cape Town, South Africa, for prayer and strategic dialogue at the Third Lausanne Congress on World Evangelization. (For more information, visit lausanne.org.)

At the Lausanne Congress, speakers addressed a wide range of issues critical to the church such as relationships with other faiths, poverty, HIV/AIDS, persecution of Christians, and Jesus’ call to “make disciples of all nations.” But Keller’s message was about the world’s “great megacities,” and about the responsibility of Christians to move into cities and serve people there. Here’s a taste of what he said:

If you want human life as it is lived in this world to be shaped at all by Jesus Christ, we have to go to the city. Four kinds of people are there.

First of all, if you want to reach the next generation, you’ve got to go to the cities. Because young adults disproportionately want to live in cities and that’s where they go.

Another group — the most unreached peoples in the world — are more reachable in cities. When they immigrate to cities, either from the rural areas into cities in their own homeland, or to other countries’ cities, they break their kinship ties. In a more pluralistic environment, they are far more — humanly speaking — open to the gospel than they would ever have been in their previous habitat.

Thirdly, the people who tend to make the films, write the books, do the business deals — they’re there. The people that have the biggest impact on the cultures of the world are there.

Psalm 19 tells us that nature does reflect God’s glory. But human beings, according to Genesis 1, made in the image of God, reflect God’s glory more than anything else in creation. In cities, you have more “image of God” per square inch than anywhere else in the world. A missionary friend of mine once quipped, “The country is where there are more plants than people, and the city is where there are more people than plants. Therefore, because God loves people more than plants, he’s got to love the city more than the country.”

Three hundred years ago, less than 3 percent of the world’s population lived in cities. Today, it’s over 50 percent, and growing rapidly. It’s estimated that eight million people, every two months, move into the cities of the world. That’s one new Bangkok every two months. The church has to be everywhere there are people. But the people are moving into the city faster than the church is. If you love what God loves ... you’ll love the city.