A Conversation With David Leong 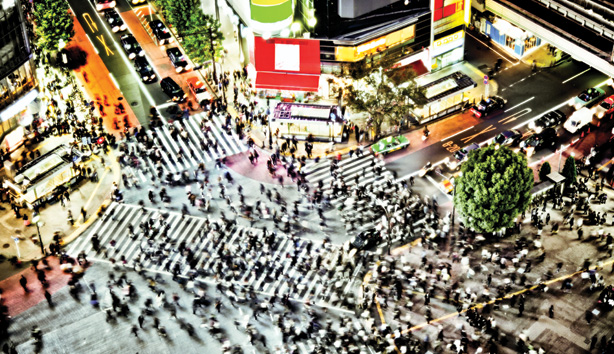 What is your definition of a city?

If you ask urban planners or urban anthropologists, “What’s a city?” you’ll get a lot of different answers. It can’t be defined by one thing alone. It doesn’t work to say “population density” or “a certain kind of built environment.” In my research, I use three descriptors: density, diversity, and disparity. To me, you have to have all three to be urban. Each of them presents unique challenges to the work of the church in the city.

What can Christians learn from thinking about the density of cities?

I’m always telling students, the vast majority of whom are North Americans, that our concepts of personal space and living space are shaped by living in an enormous country with enormous space. They can’t imagine the vast majority of the population of Hong Kong living in incredibly dense high­rises. Understanding density is crucial to our thinking about cities. It alters our understanding of culture, our understanding of place, individualism, and privacy.

“The city is kind of an instrument in our communal sanctification — it’s an opportunity for us to grow in our faith and discipleship, to work out what it means to be Christian in the world.”

People’s initial perception of a city usually comes from issues of density. There’s mass transit — and noise. There’s chaos, pollution, and crime. Unfortunately, in Christianity, we’ve inherited a longstanding anti­urban bias from Western industrialization — this idea that the city is a place that distracts us from God’s presence. Rather, nature’s rolling hills, pastures, fields, and mountains are where we experience God.

But Ray Bakke and others have pointed out that the biblical narrative begins in a garden and ends in a city. It’s important for Christians to try to cultivate a redemptive view of the city. It’s not just a mission field. The city is kind of an instrument in our communal sanctification — it’s an opportunity for us to grow in our faith and discipleship, to work out what it means to be Christian in the world.

We hear the word “diversity” everywhere. What do we most need to learn about urban diversity?

For most people, “diversity” means cultural or ethnic diversity. But within the city, you find every kind of diversity possible — diversity of social and economic classes, of ideologies and religious backgrounds. Pluralism is not optional; it’s a reality.

That’s another reason that cities can be uncomfortable for us: Many people are ill­ equipped to engage their diverse neighbors. But building friendships with these neighbors is crucial to deepening our faith and our mutual understanding of one another. Speaking with the East African Muslim community helps me to think more critically about how I articulate my faith. The questions that they ask help me to clarify my own beliefs. They ask me questions that a Christian wouldn’t ask.

Diversity also presents opportunities for the church to understand itself, because Christianity is a truly global religion. My students are sometimes surprised to hear that more than two­thirds of the Christian church is now outside of the West. But as they begin to grapple with that, they recognize that North American Christianity is not the only version out there. When they encounter Orthodox Christianity in Russia, or Pentecostal Christianity in Nigeria, or Charismatic Catholicism in Latin America, those encounters shape and enrich their faith. A broad spectrum of Christianity is on display in our cities.

Your third descriptor of cities was “disparity.” Why is that important to understanding cities and urban ministry?

Disparity is a reality that we’ve come to accept far too readily. The urban context forces us to look at the contrast between rich and poor more closely — not just because we pass panhandlers on the street, but because it forces us to ask larger questions about inequality and justice.

Almost nine years ago, when I was in China, I was sitting on a tour bus. In the lane right next to me was a late model S­Class Mer­cedes, driven by what I can only assume was a Chinese businessman in a three­piece suit, looking very professional, on his way to work. In the very next lane was a manual laborer with ragged, torn­up clothes and no shoes. He had a sled full of rocks that was cobbled together from scrap wood and canvas. He was dragging these rocks down the road for miles, right in the middle of downtown Beijing surrounded by newly constructed skyscrapers. It must have been several hundred pounds. The image of him straining under the weight was burned into my memory.

"Urban disparities force us to ask what justice, mercy, and compassion are, and most importantly, what the church is (or isn't) doing about it."

China’s emerging economy reminds us of the potential for productivity that capitalism offers, but one of the challenges of capitalism is that it often creates wealth in an unequal fashion. In the past few decades alone we’ve seen fairly dramatic increases in economic disparity between the top and the bottom tiers of society.

These kinds of disparities are more evident when we look at places like Jakarta or São Paulo, cities that dwarf the biggest cities in America. 1.5 billion people in the world are living in slums. Some have projected that number could approach 2 billion by 2050. That could be more than one in six people on the planet living in a slum with no sanitation, no rights to their land, and a kind of poverty you and I can’t imagine. It’s unthinkable.

These disparities force us to ask what justice, mercy, and compassion are, and most importantly, what the church is (or isn’t) doing about it.

With this understanding of the nature of cities, can you point to a particular example of effective Christian urban ministry?

Two examples come to mind, one global and one local. Globally, Servant Partners is doing some really pioneering work in both church planting and community organizing among the poorest of the poor. Their approach is very incarnational as they work toward the holistic transformation of urban poor communities.

Locally, Urban Impact in Seattle is an organization rooted in two congregations in the Rainier Valley, Emerald City Bible Fellowship and Rainier Avenue Church. It was start­ed by these churches; they don’t apologize for that or hide it. Rather, their faith has catalyzed their community development projects in the neighborhood that are genuinely serving the community’s most pressing needs.

A perfect example is Rainier Health and Fitness, an affordable neighborhood gym and nonprofit health organization. Urban Impact knew that the Rainier Valley was a community with a lot of health problems. Many urban communities in poverty have higher rates of obesity, diabetes, and other health­related issues. People in the valley can’t drive 10 miles to go to 24­Hour Fitness, nor can they afford the $500 start­up fee. So they started a gym on a sliding scale. And they worked with a lot of different business models as they designed it to be both accessible and sustainable.

What they’ve created is an opportunity for different people in the community to come together in their commitment to health, which is important. But they’ve also built a platform for growing their credibility in the neighborhood through relational connections.

It’s not a bait and switch. They’re not trying to slip you a tract when you get your membership T­shirt. It’s much more incarnational — a ministry of presence and relationship. They see themselves as the hands and feet of Christ as they love and serve the Rainier Valley and beyond. 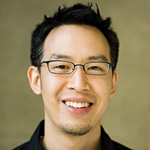 David Leong spent seven years working in urban Seattle churches, serving community groups and young people, before joining the Seattle Pacific University faculty as assistant professor of missional theology. At SPU, he oversees the global and urban ministry minor with a focus on equipping and empowering students and churches to serve the city in an increasingly globalized and urbanized world.

Leong's essay "Urban Exegesis in Seattle's Rainier Valley" was published in the Journal of Urban Mission in Summer 2010. He, his wife, and their son live in the multi-ethnic Rainier Valley, where he has assisted in the planting and development of churches from several denominations in the hope of cultivating diverse, creative faith communities.