Why Believing Is Only the Beginning 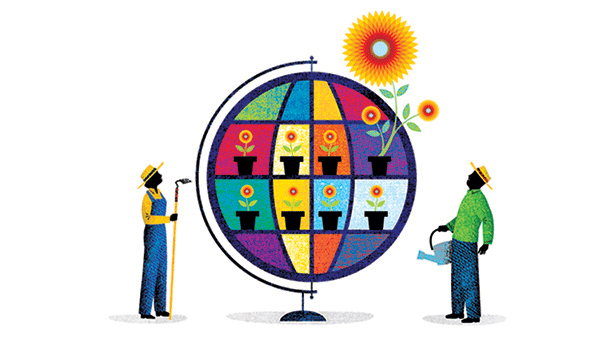 A few years ago, a new word came into our lexicon that characterizes our human preference to bend the truth to accommodate our desires. In 2006, Merriam-Webster selected the word truthiness as its Word of the Year. The word was coined by Stephen Colbert on his late-night political satire show in order to describe how politicians could bend the truth to support their actions.

When announcing that truthiness had been selected, beating out candidates such as google and terrorism, Merriam-Webster president John Morse commented, “We’re at a point where what constitutes truth is a question on a lot of people’s minds, and truth has become up for grabs.”

Truth is up for grabs.

How we answer Pilate’s question matters because truth has implications. We make choices based on the foundational truths we have embraced. Whoever you are — talk show host, political commentator, journalist, schoolteacher, comedian, celebrity, politician, mother, father, or bartender — you bear witness to your own definition of the ultimate meaning of our lives.

As Christians, we start with the truth Jesus proclaims. It is the solid rock on which we can build our lives. As Jesus says, we all have the choice to build on sand or to build on the rock of God’s truth. But Jesus doesn’t expect us to simply believe the right things. It isn’t enough to acknowledge the truth of Jesus’ words. Jesus says that the wise man believes his words and puts them into practice.

We live in a stormy world. We had better stand on a foundation of rock because the rain beats down, the waters are rising, and the winds can blow against us.

That’s why Christian universities are so important. We need help learning how to discern what Jesus’ truth means for each of us today. And we need students who will go out into the world seeking biblical truth and putting it into practice in homes, offices, governments, media, neighborhoods, and all those places where people must seek shelter from this world’s storms.

As Christians put Jesus’ words into practice, we do more than put our lives on the proper foundation. We show the world a different way to live, and we begin to show the world evidence of Christ’s restoring and redeeming work.

When we put truth into practice, we share Jesus’ love. We take up the cause of the poor, the immigrant and the stranger. We come alongside the struggling. We fight on behalf of the mistreated and bring real hope to the hopeless.

This is why truth matters. Our broken world depends on it.

Richard Stearns is president of World Vision U.S., author of Unfinished: Believing Is Only the Beginning (Thomas Nelson, 2013) and The Hole in Our Gospel: What Does God Expect of Us? (Thomas Nelson, 2010), and a member of the SPU Board of Trustees. Follow Stearns at RichStearns.org.