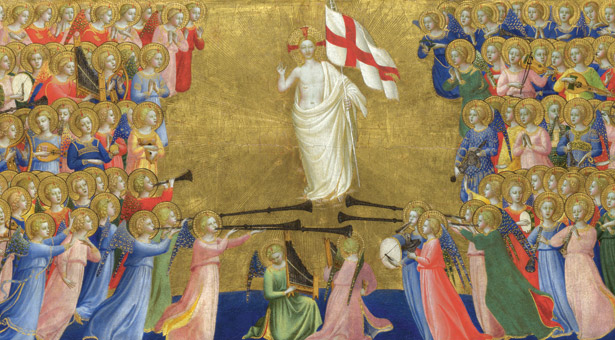 How did Rob Bell, pastor of Mars Hill Bible Church in Grand Rapids, Michigan, end up on the
cover of Time magazine?

His latest book — Love Wins: A Book About Heaven, Hell, and the Fate of Every Person Who
Ever Lived— has stirred up a… well, a heck of a controversy. Since the book’s publication in
March 2011, pastors, scholars, and bloggers have been responding to the 40-year-old pastor’s
recently published reflections on heaven and hell with everything from thoughtful debate to
angry tirades.

Introducing the panel, Doug Strong, dean of the School of Theology and professor of the history of Christianity, noted the “condemnatory tone” of many of Bell’s critics and emphasized the need for well-reasoned discussion.

“One of Bell’s most important points is that heaven begins now, and that eternity is to be anticipated in the present,” he said.

This, he added, is “a very Wesleyan concept,” consistent with the tradition that serves as Seattle Pacific’s foundation. Strong quoted John Wesley, who said that salvation “is not a blessing which lies on the other side of death, or in the other world. It is a present thing.”

All three presenters began by praising Bell’s book for bringing important theological questions back to the fore of cultural discourse. They also raised some objections to Bell’s arguments.

Langford noted that Bell pulls scriptural quotes out of context, is “provocatively vague,” and doesn’t properly define many of his terms, including “love” or “wins.”

But Langford concluded, “I want to say how happy I am that Bell understands and teaches and preaches a salvation that is here and now, and not merely there and then. That would be unbiblical,
spiritually short-sighted, ethically childish, and evangelistically manipulative. We need to stop reducing our definition of ‘saved’ as a ‘get into heaven’ ticket.”

Castelo echoed Bell’s challenge to popular views on “the politics of election.” “Do we know that Gandhi’s in hell?” he asked. “Do we know that Hitler’s in hell? No we don’t. But we tend to talk as if these were known realities, and that kind of certitude does us more harm than good.

“Have you ever heard people make claims about a select few being ‘the chosen,’ and then claim that they’re not part of that group?” he asked. Listeners laughed.

“Right,” he said. “Salvation is God’s, and God’s alone to give. We have no business thinking we are bouncers for heaven.”

Gupta noted that some of Bell’s Scripture references were strangely selective. For example, Bell uses Psalm 145:9 to emphasize God’s compassion: “The Lord is good to all, and his compassion is over all that he has made.” But Gupta also noted verse 20, near the end of the Psalm: “The Lord watches over all who love him, but all the wicked he will destroy.”

“I don’t know if Bell is completely wrong,” said Gupta, “but I know he is building his argument on a lot of guesswork. We must work from the clearest parts of Scripture.”

Both Strong and Gupta expressed some good-humored dismay over the book’s lack of footnotes, although Strong noted that the book was not intended as a scholarly theological study, but as a meditation for a general audience.

Listen to a recording of the discussion at spu.edu/itunes.