Parable of the Classroom

Why Our Metaphors for Learning Matter 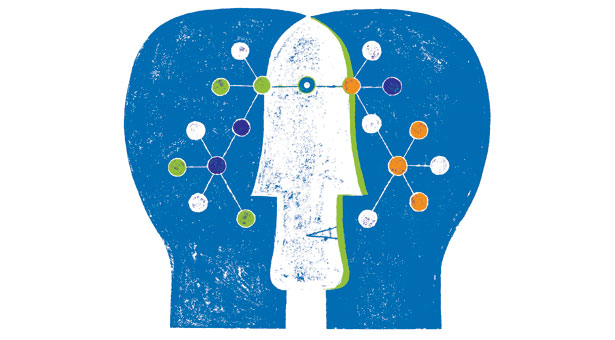 Sophomores in my fourth period high school English class talk like they’re
in prison. “When do we get out? How much longer do we have?”

The bell rings, and 40 minutes later some of them return late from lunch. “So much for ‘out on good behavior,’” I remark. “Hurry up and catch up.”

The boys set their plastic bags of unfinished burritos on a nearby counter, take their seats, and talk to their assigned group members about their current writing exercise: incorporating similes and metaphors into poems. They have extra work in front of them, so now they’re no longer inmates. They’re competitors in a race, and they’re behind.

The sudden shift from school-as-prison to school-as-race sparks my imagination. If school is like a race, I wonder, what kind? Suburban marathon? Wilderness journey through the North Cascades? The Amazing Race? I imagine students in desks scooting over the floors across my classroom, swatting each other with rulers, vying for prizes from Prentice Hall, the sponsor of the games.

“Jesus understood the need for metaphor better than anyone. His parables are full of metaphorical power: the mustard seed, the fig tree, the net, the pearl, the hidden treasure, the Prodigal Son, the faithful servant, the unjust steward.”

I get up to redirect one of the Taco Bell Boys’ friends, a wayward lamb who is threatening to distract the group.

“Stay on track,” I tell them. “You can’t run out of steam yet.” Stay on track. Now the metaphor has changed yet again. The students are conductors, keeping their locomotives on the straight and narrow.

“There’s a lot of material here,” I remind the group. “We need to get through it by Friday. Keep those engines moving.”

Their blank faces tell me my metaphors aren’t helping. “What,” I want to ask, “the race West doesn’t inspire? What, then, will inspire?”

In The End of Education, Neil Postman asks: “Are [students] patients to be cared for? Troops
to be disciplined? Sons and daughters to be nurtured? Personnel to be trained? Resources
to be developed?”

I’m looking for a comparison that will embrace my personal contradictions as a teacher and
the paradoxes of my school. What I need is a master metaphor, a super simile that contains
within it the whole story.

I need a comparison that will hold students and staff, office ladies and security guards, skateboards
on railings and missing bleacher panels. A comparison that captures the mysteries of school without explaining them away, an image that maximizes our reverence for learning.

Jesus understood the need for metaphor better than anyone. His parables are full of metaphorical
power: the mustard seed, the fig tree, the net, the pearl, the hidden treasure, the good Samaritan, the Prodigal Son, the faithful servant, the unjust steward. About a third of Jesus’ recorded teachings are parables.

Why? Why would the most effective teacher in history sometimes seem to avoid propositions
and facts and focus instead on asking questions and painting pictures with words?

Maybe it had something to do with his paradoxical nature. God and human at the same time.
Maybe the way he slowly grew his students with metaphors says something about the best way to
teach and to learn.

The voice of my wayward lamb startles me out of my thoughts. “Can I compare my bedroom to the inside of an ear?” she asks. She’s still working on the poetry exercise.

Before I can answer, one of the Taco Bell Boys says he wants to compare the Nike shoes in his
closet to Superman’s cape. His friend says his old bedroom was like the Batcave. Other ideas for
comparisons are passed around like spare pencils.

Maybe an ecosystem is a better metaphor for school. In the rain shadow of the North Cascades, diverse flora grows in natural proportions. Western Hemlock, Devil’s Club, Oregon grape, salmonberry, and salal thrive.

“Sure,” I say, “You can compare your bedroom to anything. There might not be one best metaphor.”

“But maybe,” I add, “some comparisons are better than others.”

Derek Smith teaches language arts at Renton High School in
Renton, Washington, and earned an M.F.A. in creative writing from SPU in 2011. He is working on a memoir called Mr. Smith Is
Magic — And Other Fantasies of a First-Year Teacher.