How One Chicago Neighborhood Became My Window on God's World 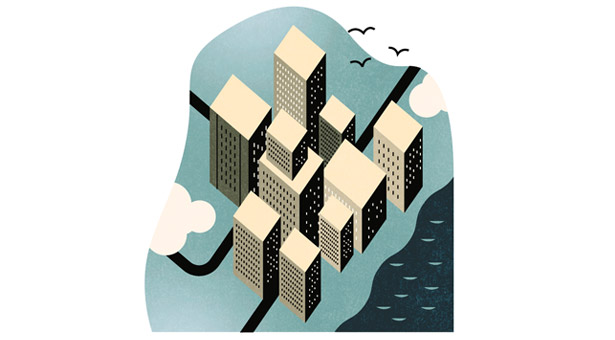 No sooner had my wife and I graduated from Seattle Pacific College, departed Seattle, and settled into inner-city Chicago for pastoral ministry and graduate studies, than our new city exploded in riots. In the violence that swept the nation from D.C. to L.A. following 1965, two revolutions converged: the civil rights movement and the anti-war movement. They challenged almost everything we assumed about cities, churches, and leadership.

I watched in shock as the evangelical church moved out of Chicago just as I was moving in. Whole congregations relocated as immigrants and rural minorities flocked to the cities. Evangelicals were pulling their kids out of schools and running for the suburbs.

Nothing influenced me and the course of my life so much as the failure and flight of Christians and churches from the cities. Most of them claimed to have right views of the Bible and theology and a long history of cross-cultural missions overseas.

To survive and to fulfill what I believed was my calling, I vowed to become informed and to set priorities. I made a conscious decision to abandon what I had learned from my youth: the powerful, but unstated goal of stewarding white male privilege and white power.

And my wife and I committed to raise our kids in the city, to turn poverty into an art form, and to learn to love Chicago. For 35 years, one of Chicago’s 77 neighborhoods — a mile by a mile with 60,000 people — was our home and urban community.

Our sons’ local public high school opened another window on our urban world. Imagine one huge, old building with 2,250 students: 35 percent African-American, from many cultures; 28 percent Asians, from Arab in the west to Chinese in the east; 21 percent Latino, from Puerto Rico and Central and South America; 13 percent Caucasian, from middle and Eastern Europe; and finally 3 percent Native American. The faculty taught in 11 languages, and 63 nations were represented in the student body.

When it finally dawned on me that people from more than 25 percent of the world’s nearly 200 nations lived in my parish, I began to ask the theological and missiological question: “Does God know about this?”

To find the answer, I decided to study Chicago — and the 1,250 specific texts in the Bible about cities. The libraries of the University of Chicago and of 11 theological schools, along with the Chicago Historical Society, became familiar haunts for me.

I also relied on data gathered in a decade of windshield surveys (visual observations by researchers) in most of the 440 parishes in the Chicago Archdiocese, as well as the studies of scholars at Loyola and Notre Dame.

To understand Chicago, I had to wrap my head around the Rhine, Rhone, Po, and Danube river-sending cultures of Europe. In this, my undergraduate history major at Seattle Pacific and the teaching of the late history professor Dr. Roy Swanstrom proved invaluable. I learned that Chicago was a “tale of two cities”: a 35-mile lakefront that was largely WASP (Wealthy, Alienated, Separated, and Protected), and a river-centered spinal column that Michael Novak called PIGS (Poles, Italians, Greeks, and Slovaks) in his book The Rise of the Unmeltable Ethnics.

Over many years, I knocked on the doors of pastors of many denominations in many parishes to introduce myself as a new pastor in the city needing their help.

“What,” I asked, “is the most important lesson you have learned about being a pastor in this city and community?” They were incredibly open and helpful, far beyond my expectations. Many offered to drive me around their parish and let me see their world through their eyes. I made a vow to study one culture each year in my own parish.

Meanwhile, in my biblical study, I discovered the Bible begins in a garden, but ends gloriously in the eternal city. I found more than 25 kinds of urban ministry in the historical books of the Old Testament alone. While prophets could roam without regard for borders, priests and public officials were profoundly urban.

I examined 51 texts on Sodom and why God destroyed it, and I discovered “the sin of Sodom” was that “she and her daughters had pride, excess of food, and prosperous ease, but did not aid the poor and needy” (Ezekiel 16:49). I also learned that the presence of the righteous may help secure the preservation of all others. I studied all 1,100 years of texts about Jerusalem, from King David’s time to the end of the New Testament, to see all the different ways God provided for, served, and loved that city.

Then, I wanted to see what I could learn from an urban focus on the history of world Christianity, from the New Testament until now. I wondered: How did the earliest church respond to cities? They lived and worked in cities under enormous pressures. There is a 2,000-year historical record of urban ministry that I did not know much about, and I was stunned.

All of my study of the Bible changed how I saw the city, but my time in the city also changed how I read the Bible. As I pastored the urban poor and lived with them, close to their income level, I began to read the Bible from that context. One day, I realized that Moses’ mom was the classic “public aid mom.” Moses’ dad is not in the story. His mom had the illegal baby. She couldn’t raise him, so she made the little boat, floated him down the river, got him rescued, and got paid to raise him.

I came to identify with Moses, who was classically trained in the considerable wisdom tradition of Pharaonic culture for 40 years. Then God made him practice in the tough neighborhood for 40 years. Only then would God trust him to lead an unemployed migrant group from that same neighborhood for 40 more years, building a culture for them with a new faith at the core of their community.

My life has been such a work in progress. As God reshaped my preconceptions about ministry and instilled in me a love for the city and its people, there is perhaps one lesson he has taught me more than any other — and it came as I began to understand better the ministry of Jesus himself. God’s son was both model and message during his time on earth. He chose 12 disciples “that he might be with them” (Mark 3:14) because there was something for them to be “taught,” but also something to be “caught.”

As counterintuitive as it may seem in this exploding urban world, I have learned that the larger and more densely populated that cities become, the more we must “be with” the people we serve, the more our ministries must be intentionally relational.

The world has come to our cities. And the world is nothing more than people, people who need our friendship, our caring, and the good news we have to tell about God’s redeeming love..

Raymond Bakke is chancellor and professor of global urban studies at Bakke Graduate University in Seattle. Often referred to as the “grandfather of urban ministry,” he spent his childhood in the town of Acme, Washington, with a population of fewer than 300 people.