From the Senior Editor

We Are All Urban Now 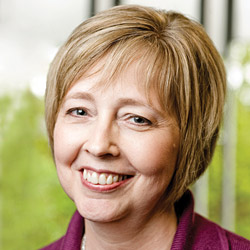 I recently picked up Lonely Planet’s The Cities Book (2009) from a display table in a bookstore. For more than an hour, the book’s photographic celebration of urban personality and diversity held my attention as I marveled at cities from Havana to Hong Kong — their varied peoples, histories, geographies, and architectural, artistic, and cultural expressions.

I turned to Venice, Italy, since I’m planning my first trip there this fall, and was delighted to read these words: "There’s no city on earth whose visual impact has the same power."

On another page I found photos of Kathmandu. It too draws me; as a child I was mesmerized by a travel film about this exotic city, which was unlike anything I’d experienced in small-town Washington state. Could Kathmandu be any more different from Venice? Yet both are dazzlingly rich with history, architecture, art, and culture.

I found photos of more cities on my travel wish list: Sydney, Cape Town, Istanbul, Prague, and Berlin, to name a few. But in case I’m tempted to think of these cities only as fascinating travel destinations, I’d better think again. I know that today more than half the world’s population lives in cities, and that percentage grows daily. Cities are the "islands of governance on which the future world order will be built," notes international relations expert Parag Khanna in August 2010’s Foreign Policy. "But just 100 cities account for 30 percent of the world’s economy and almost all of its innovation."

Wow. Wherever you and I live — whether in a megalopolis, a small town, or a remote country village — what happens in cities will decide our futures. Says Laurie Green, Bishop of Bradwell and urban strategy consultant for the Church of England, "We are all urban now."

It was 22 years ago when Response featured Raymond Bakke ’65 as the Seattle Pacific University Alumnus of the Year. Living and working in a multicultural, inner-city neighborhood of Chicago, he had come to be regarded as one of the world’s foremost authorities on urban evangelization. Two decades later, he is a man others look to for guidance in an increasingly urbanized and globalized era. In the "Grace Note" feature of this issue of Response, Bakke tells us what he has learned over his lifetime of dedication to God and to the cities of this earth.

On other pages, SPU’s David Leong and Max Hunter, Mississippi’s Elizabeth Perkins, Seattle journalists Richard Seven and Jonathan Hiskes, and others help us both celebrate the city and reflect on the profound implications exponential city growth brings for the church and our world.

"The world has come to our cities," says Bakke. "And the world is nothing more than people, people who need our friendship, our caring, and the good news we have to tell about God’s redeeming love."