We want to hear your answers! Tell other Response readers your health secrets, and answer the next issue's question below.

The Question Insights From Response Readers

What makes your city unique?

Maybe it’s a sight, a sound, a smell, or just a feeling — but there’s something about your city or town that’s different from any other. We asked you to share those details with us. 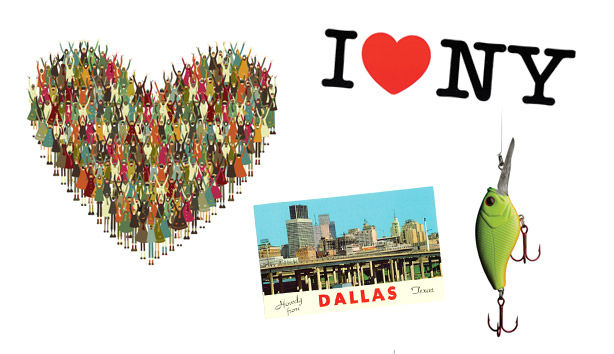 Here's what you said:

My city, Frisco, Texas, is peopled by people who love people: They pick up after their dogs, mow their grass, and take me out for ice cream. Who could ask for more? (Well, maybe lunch before ice cream.)

Living on Capitol Hill is like living in a small town with tree-lined streets where you can walk to the grocery store and post office. It is also like living in the Roman Forum at the apex of empire. At its core, what makes Washington, D.C., unique is raw power. Walking those tree-lined streets to the National Archives, Smithsonian, and Library of Congress is seductive, but this is a world capital, not a spiritual one. After 25 years, our “home” is still Seattle.

You can go rat shootin’ at the dump, antelope hunting in your backyard, bass fishing in the river, pick up a ton of hay, coach football practice, and go to a father-daughter banquet all in the span of 16 hours.

Garmisch-Partenkirchen is still very much traditional Bavaria, but because of its location and the draw of the Zugspitze and surrounding Alps during winter, Garmisch is more of a melting pot than I’ve experienced anywhere else in Germany. My co-workers are American, German, Romanian, Greek, Russian, Irish, English, and many other nationalities. For a town of only 26,000 people, it makes for quite the cultural immersion.

Dallas is city life that is very country! It is a huge metroplex, so you can drive 45 minutes and be in Fort Worth, where the famous stockyards, country dancing, and barbeque are all-abundant. Our hearts are big in Texas, and we want to extend a warm hand out to make visitors feel welcome in this state!

What makes Chicago so unique is that the entire Lake Michigan waterfront is open to the public. The Chicago Park District manages the city’s 26 miles of open and free lakefront beaches for the enjoyment of Chicago residents and visitors. Where waterfront property is the prize of a few in other cities, here the public is the winner.

My favorite part of New York is the fellowship we attend, and the people in Manhattan have been so nice. When I was hospitalized for pregnancy complications, women in my Bible study group prayed for me and sent me baby gifts, even though I had only known them for a few months. My grad school classmates from NYU came to study with me at the hospital and brought me flowers and Starbucks — and I had only known them a few months. My husband’s co-workers brought us food and spent time with me at the hospital, and one of them even knitted the new baby a stuffed animal!

I don’t know why people in New York have such a bad reputation for being unfriendly. They have been so loving and kind toward me and my family. The Lord has watched over us even here.

My city moves. It is where the Army sends me.

The simultaneous view of two mountain ranges, the Olympics and the Cascades, has inspired me since I was a kid. Mt. Rainier especially takes my breath away pretty much every time I see it. I can’t imagine living away from mountains and water. And to top it off, it’s super green all year round.

Cheesesteaks and hoagies. Philadelphia is famous for making foods that will kill you quickly because of their epic amounts of meat and cheese.

What makes my city of West Seattle feel unique to me is how friendly it is — I mean random-stranger-contact friendly: the librarian, a dog walker, my milkman (yes, I have one). High-five to the friendly people of West Seattle who always say they like my hat or scarf and ask me if I made it myself. I’ll keep up the banter and smile right back at you.

A single four-way stop and a roundabout is considered “downtown.” Also, a train track runs through the middle of town diagonally just a half a block south of the four-way stop. The Mennonite bakery, with produce grown in a garden behind the bakery, makes delicious pies and breads from homegrown fruit.

One of the things that makes my city unique is its small town feel, even though it borders a large city (Seattle). I grew up in Shoreline and I’ve lived there since long before it became a city in 1995. Here is why Shoreline is unique: When I was growing up, my next-door neighbor was the doctor who delivered me when I was born. Eventually, I met the woman who would become my wife at Shoreline Christian Church. and we were married in the very same building where we met. Now that I’m an adult and have my own family, I live just down the street from where I grew up, and there is still a sense of small-town life. For example, the then-mayor of Shoreline attended my daughter’s first birthday, and our pharmacist is a close friend of my mother-in-law.

To me, most of these small things, which fit into my larger sense of community, would not be unique in a small town in the Midwest or a tiny city 50 miles from the next back east. But here, in a small city that shares its borders with one of the largest cities in the Northwest, I appreciate the small-town feeling I get when I am home.

Phoenix is one of the few mega-cities in America with rugged mountains and trails strewn throughout the very heart of a city, oases of nature in a checkerboard of desert vistas and high-rise buildings. Surprisingly, the city known for its rugged western landscape, golf courses, and retirement communities is also quickly becoming a leading center for refugee resettlement.

While the recent economic downturn hit Phoenix harder than most U.S. cities, the subsequent plunging cost of housing, a famously dry climate and the presence of a growing number of faith-based volunteers have all helped make Phoenix one of the most suitable locations for resettlement. Refugees from nations including Syria, Iraq, Burma, Bhutan, and Sudan are arriving daily to begin a new life in the city that was named for the mythical phoenix, a bird that also rose from the ashes to begin a new life. The opportunity for Christians to reach out to the world through love and service to their new neighbors has also not gone unnoticed at the local level, and we feel that the future is filled with signs of promise.

Living in the city really reminds me how fortunate I am. Everyday you see people struggling on the streets of downtown Seattle, even some as close as Fremont. I have a huge soft spot in my heart for homeless people and being able to see them on such a large scale has made me want to do something about it. There are so many great opportunities to make an impact; like Union Gospel Mission or Teen Feed, or even SPU’s Latreia. The people you meet and serve have great stories, they’re so thankful, and they brighten your day just as much as you brighten theirs.

Gloucester, Massachusetts, is its own place, not a suburb of anyplace else, and not remotely like the neighboring towns. The city is beautiful and anything-but-pristine, populated by artists and fishermen. My too-small third-floor condo has a lovely view of the city harbor. One mile to the beach, and one mile to downtown.

Vancouver is an amazingly green city, both literally and figuratively. It has tons of parks and gardens and tree-lined streets and buildings with plants growing on them, and its climate keeps the grass green all year round. It has two of the largest urban wooded parks in all of North America: Stanley Park (1000 acres) and Pacific Spirit Park (1885 acres). And on the environmentally conscious side, it does kitchen compost pickup, is bike friendly, is the home of the “100 Mile Diet,” and its UBC is one of very few universities in existence with a working organic farm on campus; it shapes educational programs and serves the local community. Lots of people in Vancouver bring their own cloth bags, their own coffee mugs, and carry around reusable water bottles. Very few smoke. It’s a great place to live. Kermit should have moved to Vancouver. It’s SO easy being green here!

Absolutely no chain franchises, it’s on a island, Norwegian-American architecture and décor, absolutely formidable mountains within view of the town, and the tallest building in town is a place of worship.

We want to hear your answers!

Readers: We invite your answers to "The Question" in our next issue.

What work of art has changed your life?

In the Autumn 2011 issue, Response will consider what it means to engage the culture and change the world through the arts. So we want to know: Is there a painting, play, novel, song, sculpture, poem, or other form of art that has changed your world?

Share your thoughts with us at response@spu.edu or below, and you could see your answer printed in the next magazine. Answers may be edited for clarity and length.