During Spring Quarter 2011, Assistant Professor of Theology Daniel Castelo is guiding readers through this epistle at spu.edu/lectio.

First in the Canon 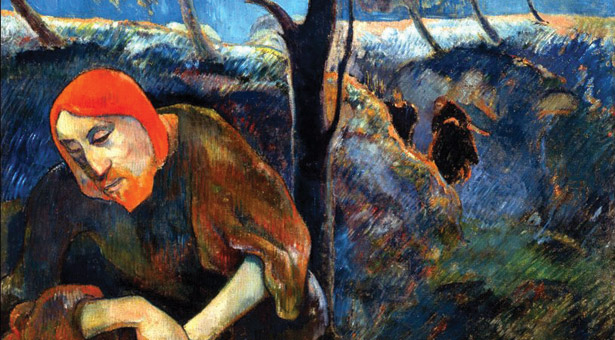 Though the Gospel According to Matthew wasn't the first of our gospels to be composed (most scholars now believe Mark is the oldest of the four), already by the second century many Christians were showing their admiration for this book by placing it first in line among those ultimately included in our New Testament canon.

There are many reasons for this priority. For one thing, Matthew has given us a tightly ordered, compelling storyline that pauses at key points to provide a carefully organized presentation of Jesus' teaching, including five skillfully crafted sermons on specific themes of the Christian life:

One of Matthew's central goals was to provide the church with a kind of teaching manual for following Jesus. For a community commissioned to "make disciples of all nations … teaching them to obey everything that I have commanded you" (28:19), Matthew's gospel was truly useful.

A more likely explanation of its priority, however, is to be discovered in the ease with which Matthew's gospel enables a smooth transition out of the Old Testament story and into the New. Indeed, Matthew's intense focus on Jesus as the fulfillment of the Jewish Scriptures facilitates this gospel's role as a kind of literary hinge on which the two unified yet different testaments swing.

Matthew sets the tone for the rest of the New Testament by insisting as loudly as he can that believers cannot understand Jesus and the new covenant he brings apart from the knowledge of God made known in the history and literature of the people of Israel.

Indeed, it is often noted that Matthew's gospel is very "Jewish" in style and theme. At one level this is a strange thing to say, because Jesus and his earliest followers were all Jewish! But when we compare Matthew with the other canonical gospels, it is impossible to miss this gospel's repeated concern to identify particular events in Jesus' life as the direct fulfillment of specific Jewish Scriptures.

On as many as 16 occasions, either Matthew himself or someone in the gospel narrative pauses to point out that ancient scriptural prophecies are being fulfilled. All told, Matthew will quote the Old Testament more than 60 times and allude to it beyond our capacity to count; he does this far more often than the other gospel writers do. The constant emphasis on fulfillment provides the sense that the world is governed by God's design, and that everything that occurs represents the timely unfolding of an ancient plan revealed long ago to God's people Israel.

We also note Matthew's interest in underscoring the ongoing validity of the Jewish law. "Do not think that I have come to abolish the law or the prophets," Jesus warns his followers, "I come not to abolish but to fulfill" (5:17).

In accordance with the Jewish law, Jesus expects his followers to make offerings, to fast, to pay the temple tax, to keep the commandments, and to observe the Sabbath. Indeed, though the Scribes and the Pharisees are not to be imitated, their teaching is to be followed because "they sit on Moses' seat" (23:1–2). When Jesus condemns them, his critique is not that they are observing the law, but that they do not properly practice the full truth of what they preach.

Christians schooled on a selective reading of Paul's letters may be tempted to think that the Old Testament is obsolete, and that obedience to God's commands is irrelevant given the grace and forgiveness offered to all who express verbal faith in Christ. Matthew will pose a strong critique of such assumptions, and we in the church desperately need to hear his correction. Read Matthew, and get ready to be challenged.