Another Hall of Fame for Foreman 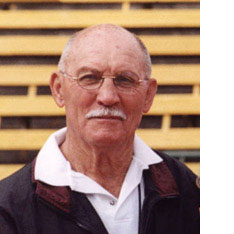 Just two years after being inducted into one prestigious Hall of Fame, Ken Foreman joined another one.

The long-time mentor of Seattle Pacific athletes in general, track and field in particular, was one of
six honorees inducted into the U.S. Track & Field and Cross Country Coaches Hall of Fame on December 14, 2011, in San Antonio, Texas.

“It's a great tribute to runners like Doris Brown Heritage, Vicki Foltz, Trina Hosmer, Judy Smith, Linda Mayfield, Beth Bonner and Cathy McIntyre,” Foreman says of some of his runners who helped the Falcon Track Club dominate the cross country scene during the 1960s and '70s. “And [it's a tribute] to the many distance runners, both men and women, with whom I was privileged to work during nearly 50 years at SPC-SPU.”

“They made a coach of me,” adds Foreman, who is still coaching at the high school level in Hawaii.