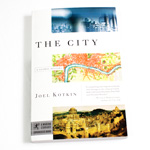 The City: A Global History

Kotkin claims that the three essential elements of a city should be its sacred nature, its ability to provide security for its citizens, and its job-creating attributes — to be a "sacred, safe, and busy" place. He illustrates this by examining various cities and cultures over time, including American cities.

Ronald Boyce Professor Emeritus of Urban and Regional Studies
Listen to Boyce's podcast on "The Nature of Cities" at spu.edu/itunes. 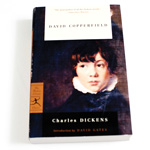 If a great city can be considered a writer's "muse," then vast and smoky Victorian London certainly was for Charles Dickens. Everything about its winding streets, distinctive neighborhoods, and eccentric characters fascinated him. No Dickens novel, however, is as shot through with the sights, sounds, and images of the city itself than David Copperfield. In this great coming-of-age story we see young David grow and learn in direct relationship with his London neighborhood. From the fear and danger of the rough wharfside streets to the gleaming white mansions of Belgravia, London itself is the everpresent partner at David's — and Dickens' — side. 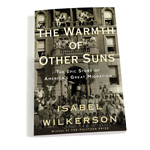 The Warmth of Other Suns: The Epic Story of America's Great Migration

In the middle of the 20th century, millions of African-Americans left the Jim Crow South and moved to northern cities in search of a better life. Their migration transformed both the communities they left and the cities in which they made their new homes.

Wilkerson tells this story by tracing the lives of three people who made the trek. She immerses readers in their stories, while offering a rich historical perspective on their journeys.

Read any good books about cities, or in which cities play a central role? Offer your own suggestions to fellow Response readers below.